The Latest News on Brexit 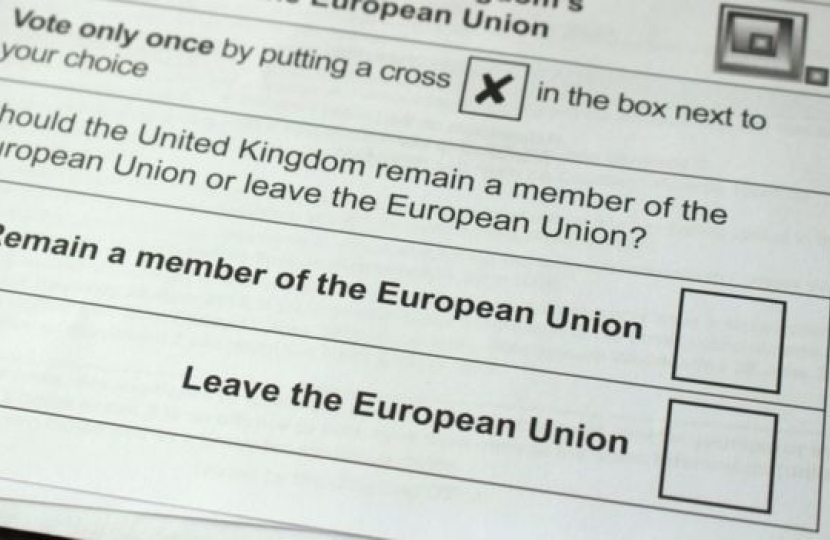 Brexit clearly divides this country unlike any other issue for a generation.

I have always sought a sensible solution in the best interests of my constituents and my country. I see it as my duty to find a way to make the best of any given situation, mitigate any potential harm, and to act in a way which is most likely to protect jobs, the economy and the livelihoods of my constituents. This has not been an easy task and the way ahead is often uncertain.

I have been clear that No Deal would be a disaster, and I have worked with MPs from all parties to vote against No Deal on multiple occasions, temporarily losing the Conservative party whip as a result.

Furthermore, since the referendum we have;

I have been consistent in my belief that the best and most certain way to stop No Deal is by agreeing a deal with the EU, which is why I voted three times for Mrs May’s Withdrawal Agreement and for the current deal.

Earlier in the year many asked me to reject Mrs May’s Withdrawal Agreement in the hope that something better would come from that rejection. This did not happen; the result of that rejection has been further division and uncertainty. This has weighed heavily on my mind.

My vote for the Withdrawal Agreement was a vote to stop No Deal, and it would allow me to continue to fight for the best possible future relationship with the EU.

Finally, regarding to the specifics of the Withdrawal Agreement Bill, I spent the time since the Bill was published working on possible amendments. In particular I was looking at more Parliamentary control over the negotiating mandate and ensuring there could be an extension of the transition period if necessary, which the Government has agreed to.

Earlier in the month when Parliament was considering the Withdrawal Agreement, I provided daily updates, which can be found here: https://www.stephenhammond.net/news/withdrawal-agreement