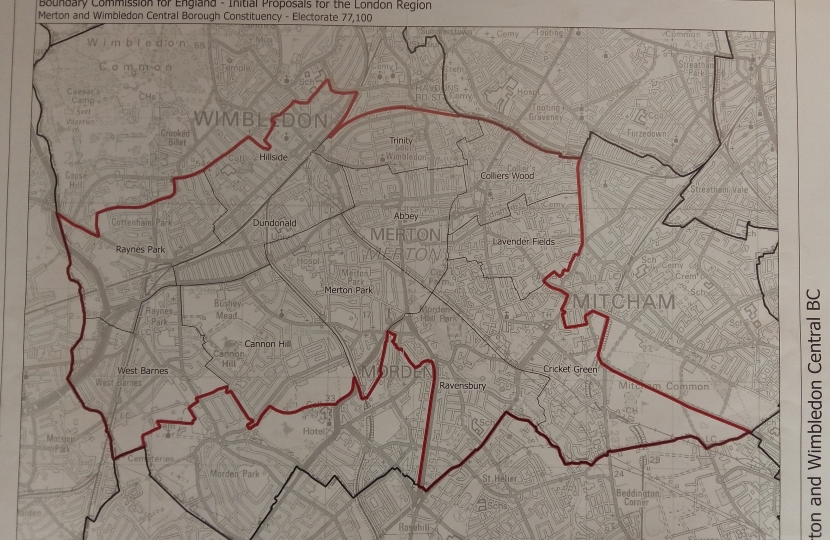 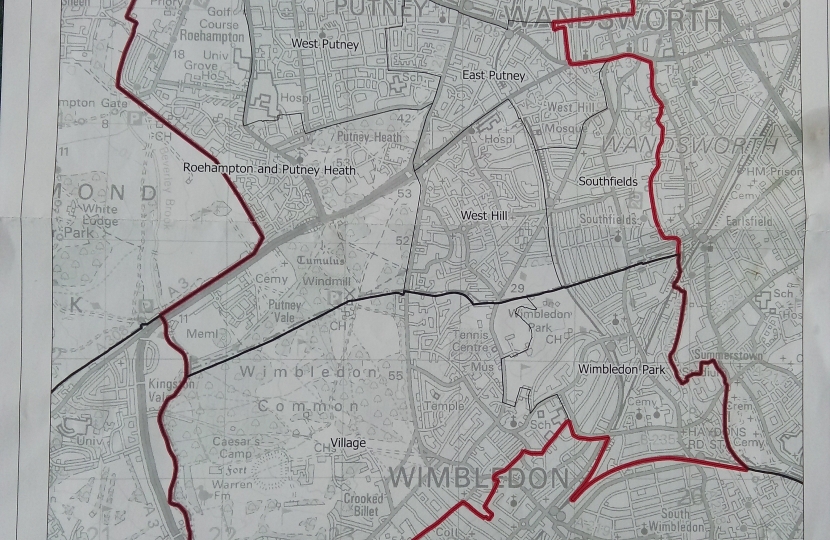 Their proposals for Wimbledon and Merton are hugely disappointing and detrimental to the local area. Their plans would mean that Wimbledon Park and Village join the current Putney constituency. The remainder of the current Wimbledon constituency would be joined by Colliers Wood, Lavender Fields, Ravensbury and Cricket Green from the current Mitcham and Morden constituency.

Even though we had a fantastic response last year, with the second highest number of responses in the country, we must not be complacent. This 4 week consultation gives us the opportunity for one final push so the Boundary Commission know that the Wimbledon community does not want to be split in two and that they must revise their proposals.

So please do take a few minutes to respond to this consultation and make sure your contribution makes a general comment reflecting on the submissions made. To help, I have provided below a specimen few paragraphs of what such a submission may contain. There are two ways to submit a general comment:

In addition, you can make a comment in response to a submission made by others. These comments can be accessed by going to www.bce2018.org.uk and entering your postcode. You can then see the submissions made by those in our area.

You can click on the map marker, then you can choose which comment to read in full and respond to. For example, my written submission can be found here www.bce2018.org.uk/node/31639/view

Finally as ever, if you have any questions, I am always very happy to answer them. You can email me on stephen.hammond.mp@parliament.uk

Specimen Paragraphs – as ever, comments put in your own words will have more impact.

The Wimbledon constituency had the second highest number of responses in the country, almost all of which opposed the Boundary Commission’s proposals. These responses strongly make the point that Wimbledon is an extremely cohesive community, with the Town Centre and a number of other high streets being the focal point for residents across the constituency. I also note that in Mitcham & Morden there were a high number of responses, and thousands of petition signatures arguing that their community should not be split and partially absorbed by the proposed Merton and Wimbledon Central seat.

We are proud to be part of the Wimbledon constituency, which is famous all over the world for the landmarks and events we are lucky to have in our community. These were mentioned in many of the submissions made – the vast majority of the most famous postcode in the world, SW19, the New Wimbledon Theatre, the All England Club, Wimbledon Hockey Club, the Royal Wimbledon Golf Club and the return of AFC Wimbledon. Splitting apart these important focal points will only serve to weaken our community.

Many residents wrote about their own experiences of living in the area. They demonstrated how they do not look towards Putney at all, and instead look towards Wimbledon Town Centre as their shopping, leisure and public transport hub. Many residents in Hillside ward pointed out how the Boundary Commission’s proposals would split the constituency along the Ridgway, severing the link from the Town Centre, up Wimbledon Hill Road through Hillside, to Wimbledon Village.

The practical impact of the Boundary Commission’s proposals on effective local representation was also raised in numerous responses, with Crossrail 2 being the main example. This project will bring the biggest change to Wimbledon in a generation and will impact the whole constituency. It will have no impact on Putney, and it is essential that our local MP can be fully engaged in all aspects of this, and many other local issues which will have an affect across our community.

Finally, I note that Merton Council made the point that the proposed Merton and Wimbledon Central seat is likely to be significantly over the quota by the time of the next Boundary Review, and that the existing Wimbledon constituency is likely to be within the quota, due to population growth. This is a strong argument for minimal change in this area, to avoid another set of disruptive changes to the constituency for the 2025 General Election.