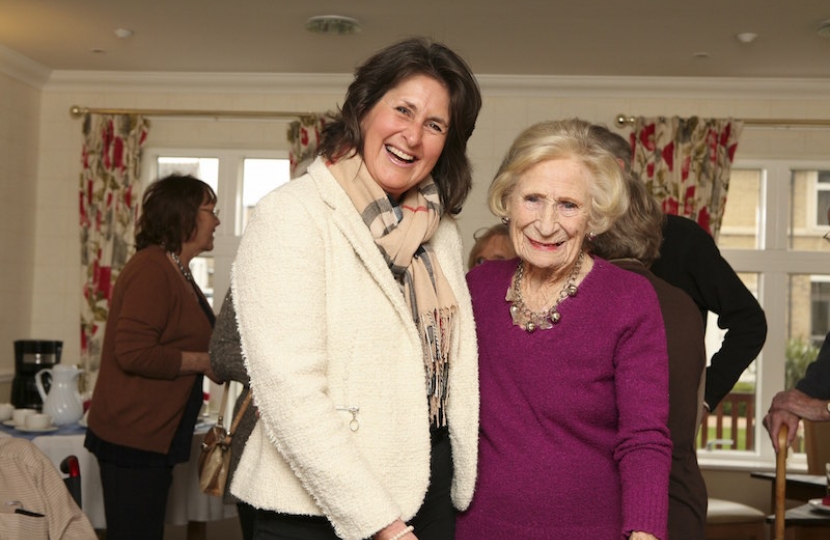 Residents at a leading care home had the honour of meeting their local MP’s other half last Friday, at a community coffee morning.

The residents at Kew House care home based in Wimbledon, Southwest London, met Sally Hammond, Conservative MP Stephen Hammond’s wife at the event which was held to encourage elderly residents in the home and numerous members of the local community to get involved in the discussion and support of Tory politics.

The event, which was held by the home’s team Physiotherapist Sally Aitken-Davies, was deemed to be a great success after numerous residents in and outside the home attended, asked questions and took part in a raffle where funds raised went to supporting their local Tory party.

Conservative activist Sally Aitken-Davies, 62, said: “I am very pleased with the turn out, we want to make sure the residents at the home still feel part of the community. By facilitating these types of events but also encouraging elderly residents who live locally to attend, we can demonstrate that care homes are not as frightening as they may seem and that they can be a welcoming and social environment.”

Sally Hammond, 52 attended the event in her husband’s absence as he was suffering from food poisoning.

She said in a speech to those who attended: “I sincerely apologise for my husband’s absence today, he is under the weather but it is fantastic to be here and meet so many inspiring people. I’m sure you are aware his election is coming up in May and any support from yourselves would be greatly received.”

Sally who has supported previous MP’s in politics in Westminster including her husband, who was first elected as Wimbledon’s MP back in 2005, added: “Stephen was disappointed he couldn’t come today, hopefully we can organise another time for him to come and meet the residents.”

The event which some residents etched into their diary months ago was also attended by Kew House’s second oldest resident Eileen Symonds, who is 101.

Eileen who has been a resident at Kew House for the last 18 months and who was a former model, said: “It has been great fun and Sally Hammond is very nice. I have supported the Conservative party since I was allowed to vote, which is a long time!”