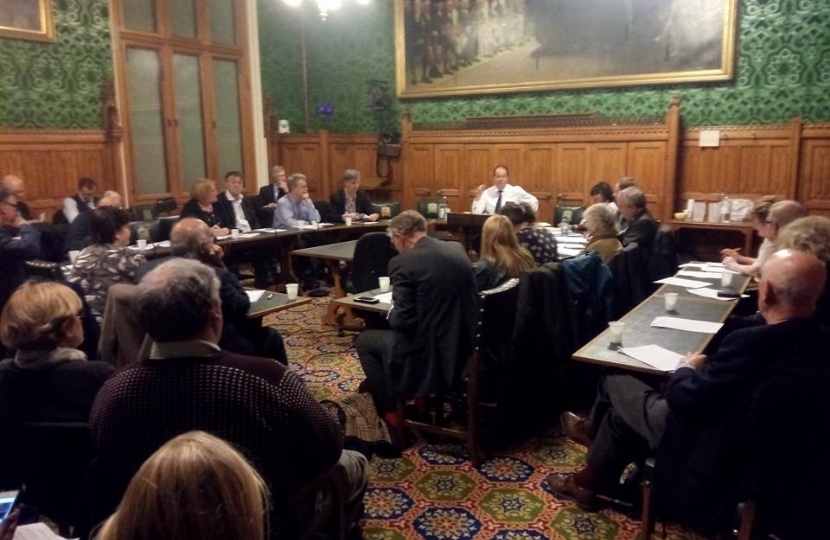 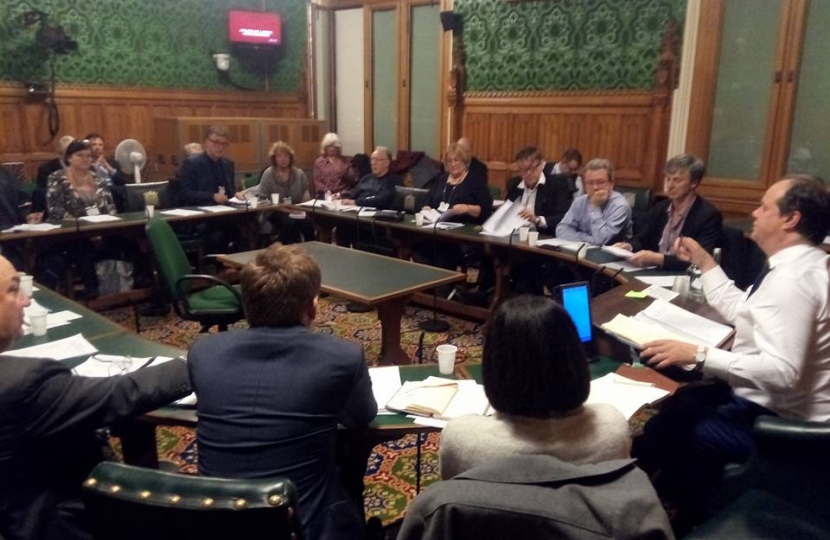 Yesterday in the House of Commons I held a meeting for our local Residents Associations to discuss local issues and concerns with me. It was a great meeting with a very constructive discussion.

Crossrail 2 is potentially the most significant local development for a generation, and will have an impact on residents across Wimbledon, Raynes Park, Motspur Park and Wimbledon Village, so this was an obvious choice for the first item on the agenda.

Last year Crossrail 2 consulted on route options, some of which would have devastated our town centre. You can read my response to the consultation here.

I recently spoke to the Chief Executive of Crossrail 2, and wrote to the Crossrail Minister, and Network Rail, to try to find out when business plan will be submitted and when the next consultation will be held.

No specific dates were given to me, but I would expect the business case to be submitted at the end of March, and that we hear more about the next consultation and route option in June or July.

When the consultation is held, I will do everything I can to publicise it to ensure that local residents’ voices are heard.

Together, the Council’s Wimbledon Masterplan project and Crossrail 2’s arrival will completely change our Town Centre.

The Council are at a very early stage of developing this Masterplan, and have held two workshops so far for local residents, groups and businesses to get their input into the process.

There is one more workshop scheduled, for Monday 27th February, and you can sign up for that here. https://www.eventbrite.com/e/future-wimbledon-masterplan-workshop-3-tickets-32082480563

Following the workshops, the Council will report back on the findings in April, and then prepare the draft Masterplan between April-July, with a consultation planned either late summer or early autumn (The exact timing is subject to the school holiday period and the timing of the Crossrail 2 consultation).

The three main themes that have come out of the workshops so far were:

1) A desire for higher quality building designs, a strong preference for the Victorian style, and a limit to the height of new buildings.

2) Problems with traffic flow around Town Centre’s one way system.

3) A need for more open spaces and green areas. At the meeting there was a strong feeling that Wimbledon must not become a replica of Kingston or Croydon, and should focus on its unique strengths, with a range of high value employment opportunities, better office provision, the mix of retail that supports that, and a diversity of residential space.

You can keep updated on this at www.merton.gov.uk/futurewimbledon

I made strong representations against these plans to the Boundary Commission, as did many Residents’ Associations and individuals in our area.

The purpose of this consultation is to publish all 20,000 representations received by the Commission during last year’s 12-week consultation on the initial proposals, and to invite comments on them.

Following this consultation, the Commissioners will consider all representations from both consultation periods, before deciding on how to revise the initial proposals.

From midnight (00.01) on Tuesday 28th February the Boundary Commission’s website for the second consultation stage will go live. This site can be accessed via bce2018.org.uk

The site will look very similar to how it looks at present. On accessing the front page you can enter your postcode or select one of the 9 English regions, then you will be taken to a map which will show every submission (either written or orally at public hearings) made by means of a green or yellow marker over the address from which the submission has been made. This will readily show in visual form where there have been a large number of submissions thus showing the strength of feeling in the area.

You will then have the opportunity to comment on submissions made at the initial consultation stage.

I will provide more information once the website has gone live and we have had a chance to analyse the submissions made.

It is vital that we use this opportunity to once again show the opposition in our community against these proposals which would alter Wimbledon. Even if you responded to the last consultation, it will greatly strengthen our position if residents and groups respond to this consultation to support comments.

There was a lot of anger in the meeting that Merton Council are not doing enough to support local businesses, particularly those in the Village, Raynes Park and South Wimbledon, where there is less footfall than the Town Centre. Parking restrictions which do not allow people enough time to shop were also raised as a big problem, and several people questioned the disproportionate cost of business parking permits.

There was huge frustration and anger at Merton Council’s refusal to help businesses in the Wimbledon half of Merton with rates relief. I will be seeking an emergency meeting with the Chief Executive of the Council to discuss this.

The upcoming Business Rate revaluation was also discussed. Current business rates are based on rental values as of 2008, and new business rates will come into force in April, based on rental values as of 1st April 2015. Given the increase in rental and property values over that 7 year period, this will potentially have a huge impact on businesses in London.

Last year I asked the Chancellor if the Government has assessed increasing small business rate relief in London.

My Parliamentary colleagues and I are lobbying the Chancellor over this, and he has promised that some form of support will be announced in the budget. There has been coverage of this in the Evening Standard and CityAM.

Anger was expressed that Merton Council will be ending the weekly bin collection and rolling out multiple wheelie bins to households in the Borough. I have been fighting against these plans with Conservative councillors, and you can read more about this here.

Merton Council are also planning to increase the cost of parking permits for diesel vehicles, £90 in 2017/18, rising to £115 in 2018/19 finally reaching £150 in 2019/20. This is an unfair tax, as it only affects people in controlled parking zones (most of which are in Wimbledon), penalises those without off-road parking, and will do nothing to tackle air pollution. You can read more about this here.

Development on the site of the old Wolfson Neurorehabilitation Centre on Copse Hill.

Berkeley Homes currently have planning consent to build 16 homes on the site of the old Wolfson Neurorehabilitation Centre on Copse Hill.

However, they are now looking to change the plans and develop the site with four blocks of flats, with 85 flats in total.

Local residents are concerned about the impact this development would have on the Conservation Area, wildlife in the adjacent green space, and for local community infrastructure such as roads, schools and GPs surgeries. I have today made representations against this proposal.

The Government have launched a 16 week consultation on the expansion of Heathrow Airport, closing on 25th May. You can find out more information, and take part in the consultation here: https://www.gov.uk/government/consultations/heathrow-expansion-draft-ai…

I am disappointed that the Government has made the decision to only expand Heathrow Airport. It is likely that new flight paths will affect Wimbledon, and I will be fighting against this.

I am also concerned about how the expansion will be financed. In October I asked the Secretary of State for Transport how Heathrow expansion will be funded and how much taxpayers’ money will it require. The Government’s press release states “expansion costs will be paid for by the private sector, not by the taxpayer”, but industry experts have estimated 11.5bn of taxpayer support being needed. Unfortunately I was not given a clear answer – you can read my question here.

When Boris Johnson was Mayor, TfL committed £100 million to extend Tramlink from South Wimbledon to Sutton. I have written to the Mayor today to find out what has happened to this money, and what his plans are.