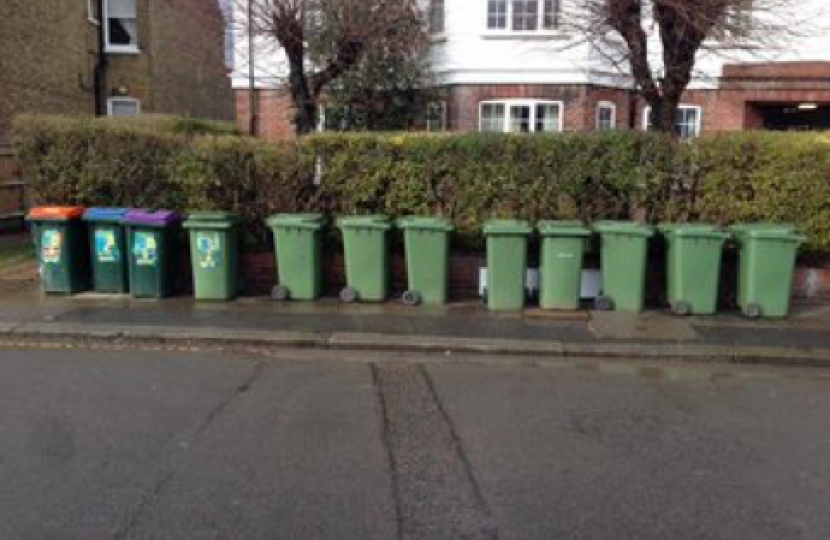 I have had many emails, calls and letters from residents who are having problems with the Labour Council's new bin collection arrangements.

I am always happy to help and raise these issues with the Council, but this policy is the responsibility of Merton Council. Therefore you may wish to also contact the Labour Leader of Merton Council, Cllr Stephen Alambritis on stephen.alambritis@merton.gov.uk to ask him to explain his policy. You can also find out how to contact your elected local councillor here.

Over the summer Veolia has continued to fail in its task of keeping our streets clean. The number of missed bin collections has increased by a third, the target for removing detritus from our streets has not been hit since April, and 25% of sites were considered to be below standard for litter collection in June and July.

Despite opposition from local residents, the Labour Council are reducing your bin collections and forcing the use of large, expensive wheelie bins. These new bins have cost £2.6million, and the cost of moving to Veolia is initially £410,000 with an extra project management and HR cost of £216,000 over three years.

Your local Conservatives are continuing to campaign to keep the existing arrangement for weekly rubbish collections, without the compulsory imposition of wheelie bins.

Your Conservative councillors and I have been consistently highlighting the Labour council’s record on bin collection and keeping our streets clean.

At the Merton Council meeting on 12th September Conservative councillors put forward motion that would have given real power to local residents to ensure that Veolia hit their targets and would have set up a Council Committee to scrutinise Veolia’s performance and be open to residents groups to ensure your voice is heard. This plan was rejected because all Labour councillors voted against it.