New Clause 5 to the Trade Bill 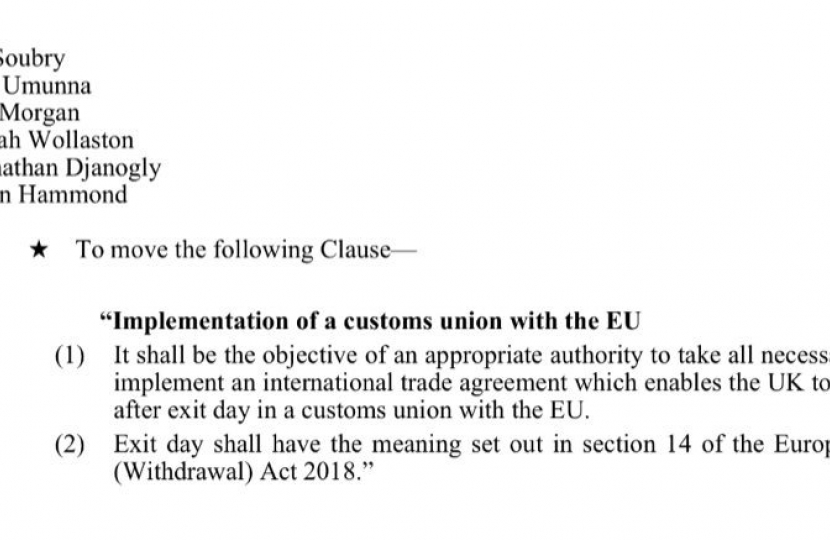 I have signed New Clause 5 to the Trade Bill, the cross party amendment on a customs union.

This amendment is entirely consistent with what the Prime Minister said in her Lancaster House speech: “I do want us to have a customs agreement with the EU. Whether that means we must reach a completely new customs agreement, become an associate member of the Customs Union in some way, or remain a signatory to some elements of it, I hold no preconceived position.”

It is also entirely consistent with the Conservative Party’s 2017 Manifesto, which said “we will seek a deep and special partnership including a comprehensive free trade and customs agreement (with the EU).”

Furthermore, the Government in Clause 31 of the Taxation (Cross-border Trade Bill) provides Ministers with the power to enter into a Customs Union.

The aim of this amendment is to probe and test the Government’s commitments to its previous policy on a Customs Union.