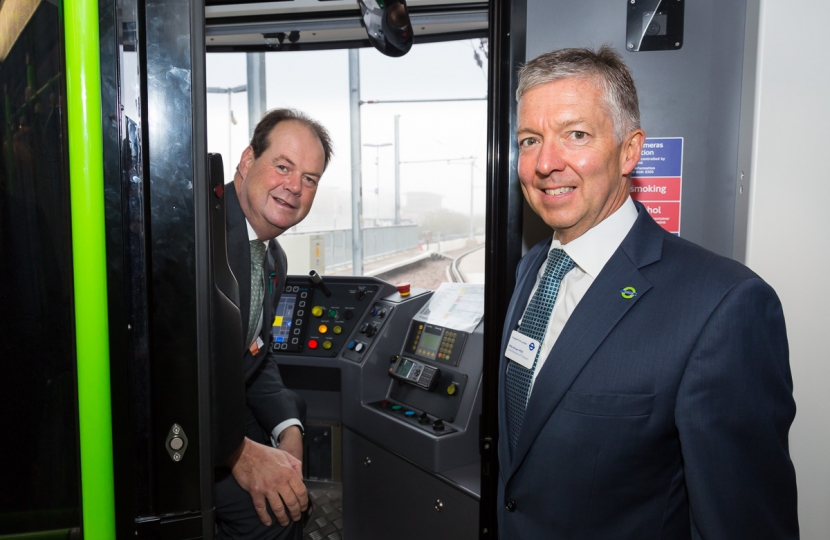 Welcome to my January community email. May I take this opportunity to wish you and your family a Happy New Year.

Here are just some of the things I have been doing since my last email:

As you will know, the latest Crossrail 2 consultation was delayed last November, which was revealed after I asked a question at Prime Minister’s questions.

At that time I was told the next consultation will be in spring 2017. With this approaching, I have scheduled a call with the Chief Executive of Crossrail 2, and written to the Minister responsible for Crossrail 2 to find out whether this timeline will be kept to.

I will of course keep you updated on this.

There has been a lot of news about Brexit over the last two weeks, with the Prime Minister’s speech setting out the UK’s negotiating objectives, and the Supreme Court ruling that Parliament must decide whether Article 50 is triggered.

In the House of Commons over the last two weeks, I have asked the Secretary of State for Leaving the EU if he will seek to protect our financial services industry by securing mutual recognition of regulations and also to publish a white paper on the Government’s negotiating plans.

I have updated my website with my views, questions and articles following the vote to leave the EU.

This tax is considerably more expensive than similar policies in other London Boroughs, and has been opposed consistently by Merton’s Conservative Councillors.

Everyone wants to ensure better air quality, but this solution will not guarantee any improvement. Instead, this tax unfairly punishes those with diesel vehicles who do not have garages or off-road parking, typically those living in flats and smaller houses. This will also disproportionately affect the Wimbledon half of the Borough, which has many more CPZs.

The Council must consult on this policy and representations against the proposals can be made to trafficandhighways@merton.gov.uk by no later than 3rd February 2017 quoting reference ES/Diesel Levy.

Merton Conservatives have also created a petition against this unfair tax, which you can sign here.

You can see more information on the tax here and here.

Tram maintenance between Wimbledon and Mitcham - 11 to 20 February 2017

There will be track renewal works on the Tram network from 11 to 20 February 2017 which will mean no service between Wimbledon and Mitcham stops for the duration of the works.

The work consists of 750 metres of track replacement between Morden Road and Merton Park, and replacement of both the embedded track and the signals through the Dundonald Road crossing. The work at Dundonald Road will involve the closure of the road for the duration of the period, with access to residents only. During this time a road diversion route will be in operation.

There will be a bus replacement service. It will call at Wimbledon, Morden Road and Mitcham Tram stops only, and staff will be available to help at these locations.

I said at the time that I was surprised that Merton Council were spending money on this, as it could be spent more usefully elsewhere. Whilst even the much loved and used Wimbledon Park could be improved, I am not convinced this cost is justified. You can read my joint submission to the consultation, with Justine Greening MP for Putney, here.

The results of the consultation have now been released, which I attach. I am pleased to see that residents believe that if there is to be any change to Wimbledon Park, minimal change is the most appropriate. The Council will soon be publishing a final masterplan very soon, followed by a further consultation. I will keep residents updated on this.

In October last year I wrote to all residents in Balfour and Cecil Roads about traffic problems and Merton Council's plan to consult on banning a left turn from Balfour Road into Merton Road. I encouraged residents to contact Cllr Martin Whelton to let him know their views on this plan - https://www.stephenhammond.net/news/balfour-and-cecil-roads-0

Since then I have met a number of local residents to discuss the issue as well as Chris Lee at Merton Council and many residents have got in touch directly with Cllr Whelton to express their views.

Following these representations I can report that Cllr Whelton has changed his mind and has decided not to proceed with a consultation on banning the left-turn from Balfour Road into Merton Road.

However, the traffic problems in Balfour and Cecil Roads still remain. Therefore, I have set up a survey for residents of both roads so I can gauge the views of residents on traffic calming measures and from this make representations to the Council on your behalf.

You can find the survey at www.surveymonkey.com/r/BalfourCecil

Last year I held a survey about traffic problems on the Ridgway, and possible solutions. 282 people responded to the survey, which is a fantastic response rate. 71% of respondents knew about the Council’s 2014 traffic calming scheme. 48% of residents responded to the 2014 consultation and of this only 31% supported the scheme.

However, of those who responded, a large majority thought there was a traffic volume problem on the Ridgway – with 6am – 9am and 3pm – 6pm being the busiest periods. A majority also believed that the Ridgway had a traffic speed problem, and most thought this was an issue all day.

Most importantly, 72% of respondents were prepared to support traffic calming measures on the Ridgway, with the following three being the most popular:

Based on the outcome of the survey, I have written to Chris Lee, Merton Council’s Director of Environment to share these findings with him, and to ask if he will meet me and representatives from local Residents Associations.

Whilst plans for Crossrail 2 may currently be on hold, we are expecting Transport for London to publish revised proposals later this year. We have also seen a surge in developers wanting to replace existing buildings with taller developments, particularly along The Broadway. Shops and businesses in Wimbledon also face increasing competition from larger shopping destinations such as Croydon and Kingston.

Clearly the Town Centre is going to change significantly in the next decade. In response to this Merton Council is looking to develop a Wimbledon Masterplan. Local Conservative representatives have been pushing the Council to progress this as soon as possible. The Masterplan will be key in ensuring that future developments – including potentially Crossrail 2 - enhance, not damage Wimbledon.

The Council held a Community Workshop earlier this month which I attended, which allowed residents to feed into the Masterplan. There will be another workshop on Monday 20th February, at the new Merton Arts Space within Wimbledon Library (35 Wimbledon Hill Road, Wimbledon SW19 7QA) from 7pm to 9pm. Due to the capacity of the venue, the workshops will be ticketed. If you wish to register, you can do so at:

If you can’t make it or there are no places left, we will be happy to raise issues on your behalf. Maybe you have views about how we best protect existing historic buildings? About the design of new buildings? Or about the range of shops in Wimbledon? If so, please just supply us with your comments via the link below and we will ensure they feed into the Masterplan: www.surveymonkey.co.uk/r/WimbledonMasterplan

The Government has launched a consultation on the night flight restrictions at Heathrow, Gatwick and Stansted, as the current restrictions expire later this year.

The Government is proposing a cap set at the existing levels for Gatwick and Heathrow, and to set all three airports' noise quotas at a level which incentivises the use of quieter aircraft.

The consultation is open now, and closes on 28th February, so do take the opportunity to have your say.

To respond to the consultation, or to find out more, please click here.

Last year I was delighted to announce that my lengthy campaign for longer commuter trains from Wimbledon to Waterloo had been a success, with the extra carriages due to come into service by the end of next year.

Many of us enjoy the most prestigious tennis tournament in the world which takes place each year in our area. However, what is often forgotten is the wider benefit the Championships bring to the local economy, and the excellent charitable work of the Wimbledon Foundation.

A recent assessment has shown that The Championships deliver a direct economic impact of over £53m to the economy of Merton and Wandsworth annually. The direct economic impact on London and the UK is significant too, with the event generating a flow of almost £149m of new money into London and £107m of new money into the UK each year.  The figures show that The Championships is the biggest annual sporting event in the UK in economic terms.