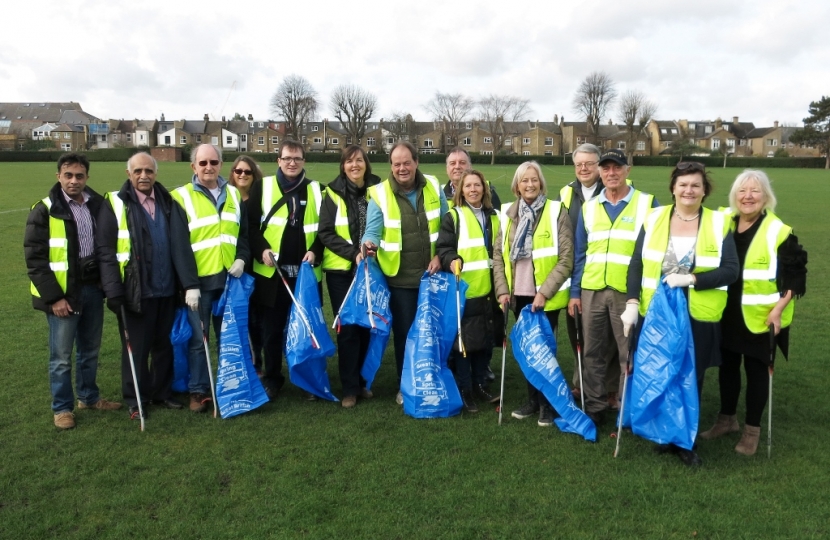 Welcome to my March community email. Below are just some of the things I have been doing locally and in Parliament since my last email.

Their proposals for Wimbledon and Merton are hugely disappointing and detrimental to the local area. Their plans would mean that Wimbledon Park and Village join the current Putney constituency. The remainder of the current Wimbledon constituency would be joined by Colliers Wood, Lavender Fields, Ravensbury and Cricket Green from the current Mitcham and Morden constituency.

Even though we had a fantastic response last year, with the second highest number of responses in the country, we must not be complacent. This 4 week consultation gives us the opportunity for one final push so the Boundary Commission know that the Wimbledon community does not want to be split in two and that they must revise their proposals.

So please do take a few minutes to respond to this consultation and make sure your contribution makes a general comment reflecting on the submissions made. To help, I have provided a specimen few paragraphs on my website of what such a submission may contain. There are two ways to submit a general comment:

In addition, you can make a comment in response to a submission made by others. These comments can be accessed by going to www.bce2018.org.uk and entering your postcode. You can then see the submissions made by those in our area.

You can click on the map marker, then you can choose which comment to read in full and respond to. For example, my written submission can be found here www.bce2018.org.uk/node/31639/view

The European Union (Notification of Withdrawal) Bill has now cleared Parliament. The difficult work now begins to make Brexit work as well as possible for our country.

I have had a lot of correspondence about protecting the rights of EU citizens in the UK. I know how much EU citizens contribute to our country and communities, and since the referendum I have met many from Wimbledon who are understandably anxious about their status.

That is why I raised this issue in my speech at the Bill’s Second Reading, and why I met with the Home Secretary last month to make some suggestions as to how the rights of EU citizens in the UK can be protected. One suggestion was that these rights are placed into UK law, as part of the Great Repeal Bill which aims to bring most EU law into UK law. Soon after this meeting, the Home Secretary wrote to MPs to say this is what would happen.

This means, in the words of the Secretary of State for Leaving the EU, that “nothing will change for any EU citizen in the UK without Parliament’s explicit approval beforehand”. Having one’s rights enshrined in domestic law is the most effective way to protect them.

You can read my latest update on the final stages of the Bill here.

Crossrail 2 is potentially the most significant local development for a generation, and will have an impact on residents across Wimbledon, Raynes Park, Motspur Park and Wimbledon Village.

Last year Crossrail 2 consulted onroute options, some of which would have devastated our Town Centre. You can read my response to the consultation here.

When the consultation is held, I will do everything I can to publicise it to ensure that local residents’ voices are heard.

This tax is considerably more expensive than similar policies in other London Boroughs, and has been opposed consistently by Merton’s Conservative Councillors.

This tax unfairly punishes those with diesel vehicles who do not have garages or off-road parking, typically those living in flats and smaller houses.

Last month a consultation closed on these plans and of 150 people who responded to the consultation, 141 were opposed to the proposed surcharge. Only nine people supported Labour's proposals.

Conservatives called in the proposals this week for scrutiny and called on Merton Labour to reconsider their plans, however they choose to go ahead with the levy.

We are still campaigning against this unfair policy and Conservative councillors have set up a petition against the policy, which you can sign by clicking here.

The Council are at a very early stage of developing this Masterplan, and have held three workshops so far for local residents, groups and businesses to get their input into the process.

Now the workshops have ended, the Council will report back on the findings in April, and then prepare the draft Masterplan between April and July, with a consultation planned either late summer or early autumn (The exact timing is subject to the school holiday period and the timing of the Crossrail 2 consultation).

The three main themes that have come out of the workshops so far are:

1) A desire for higher quality building designs, a strong preference for the Victorian style, and a limit to the height of new buildings.

2) Problems with traffic flow around Town Centre’s one way system.

3) A need for more open spaces and green areas. There is a strong feeling that Wimbledon must not become a replica of Kingston or Croydon, and should focus on its unique strengths, with a range of high value employment opportunities, better office provision, the mix of retail outlets that supports that, and a diversity of residential space.

Merton's Labour Council are planning to scrap the weekly bin collection.  Over 3500 people replied to our survey, with 95% against Labour's plans. The survey is still open, so if you haven’t yet you can let us know your views here.

Many of you asked for more detail, so your local Conservative councillors have produced an FAQ to help you understand more about Labour's plans. You can read the FAQ here.

Network Rail and South West Trains are currently working together to invest more than £800 million into the South Western railway network. As part of this, major upgrade work will be carried out at London Waterloo station (Britain’s busiest railway station) from 5th to 28th August 2017 to provide a 30% increase in passenger capacity. A FAQs on the work is available online.

Fewer South West Trains services will run on the network from 5th to 28th August due to the work and significantly fewer trains will call at Wimbledon, Raynes Park and Motspur Park stations. Overall, services and stations will also be much busier than usual. Passengers are strongly advised to plan their travel in advance. Draft morning timetables and service frequencies are already available online. Final timetables will be available from mid-May onwards. For more information please visit the South West Trains website.

Following a consultation, the Post Office have confirmed they will be relocating their Morden Branch to Londis, 34 Crown Lane, Morden, SM4 5BL. This site is approximately 250m away from the current site.

There is no date for the move yet, as the Post Office are making final arrangements. They have told me they will ensure that posters are placed in the current branch to keep customers informed.

I am currently doing some research with the Wimbledon Society on my predecessors as MP for Wimbledon, going back to Mr Cosmo Bonsor who was first elected in 1885.

If you have any memories, press clippings, photographs or information about any of Wimbledon’s former MPs, I would be very interested to hear from you.

Private Lives by Noel Coward at the Lantern Arts Centre

The Lantern Arts Centre in Raynes Park are staging their next production, Private Lives by Noel Coward, from the 29th March to the 1st April, 7.30pm every night, with a 3pm Saturday Matinee.