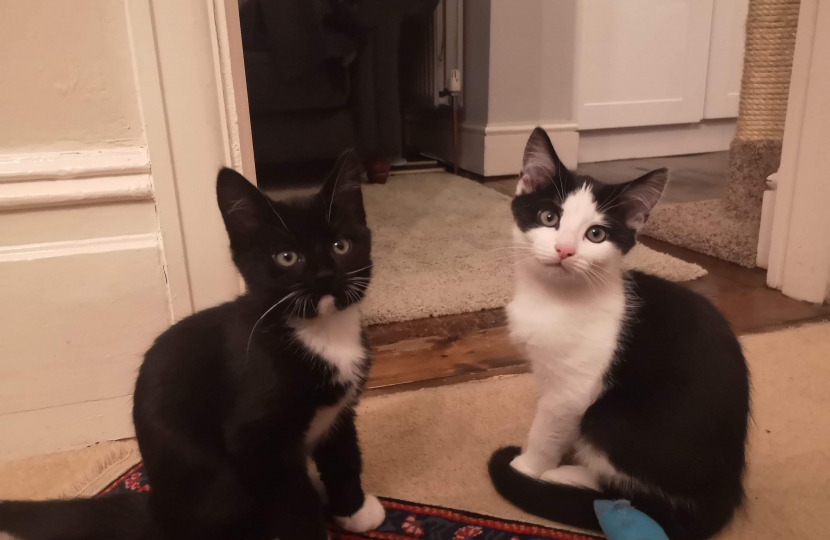 This is a copy of my May 2019 community email. You can sign up to receive this on the frontpage of my website.

Ever since the Mayor of London Sadiq Khan, made his decision to close Wimbledon Police Station, Conservative councillors and I, alongside the community, have been fighting this decision. The plan was to move all policing, including emergency response units, to Mitcham Police Station.

In my response to the consultation and in my meetings with the Deputy Mayor for Policing I challenged these plans. I was concerned that moving emergency response units to Mitcham would have serious consequences for policing in the area with the need to change shift patterns, response time estimates and the allocation of resources. I also understand that Mitcham Police Station does not currently have the facilities to accommodate this. When I had my regular meeting with the local police recently I again stated I would like to see our police station stay open.

Therefore, I am very pleased to see local Chief Superintendent Sally Benatar confirming there will be a review into the provision of emergency response units across Merton and Wandsworth.

Given this news, we are continuing our campaign to Save Wimbledon Police Station by calling for it to become the central command for a rapid reaction force that would cover Merton and Wandsworth.

Wimbledon is the only place that such a force could be located as it would allow for quick response times across the two boroughs. This would ensure security for residents in Wimbledon and across the borough by ensuring police officers would be better placed to respond to crimes than any other location, as well as keeping police close to Wimbledon Town Centre which has a night-time economy and a large transport hub which need policing. Furthermore, if the rapid response team is stationed in Wimbledon it is only sensible that it remains open as a police station.

After Labour councillors failed to support our fully costed plan for Merton Council to buy the police station, this is now the ONLY viable option on the table. This is also an entirely separate process from last year’s successful judicial review into the Mayor’s consultation. At the time, I welcomed the High Court’s judgment as it continued to highlight this important issue, however I pointed out it would not keep the police station open. It did not require the consultation to be re-run. There can simply be a decision by the Mayor on whether there is a need to postpone the closure, pending any evaluation of the new technology behind the scenes.

To help us continue the fight to save Wimbledon Police Station, and support our local police in their review of emergency policing locally, please sign our petition and share your views.

Alongside Conservative councillors I am campaigning against Labour-run Merton Council's increase in parking charges in Wimbledon.

The Council claim that doubling the cost of your CPZ permit will improve Merton’s air quality, however they have not been able to show any credible evidence for this. it is simply a tax on the Wimbledon end of the borough where most of the CPZs are situated.

Councillors will be challenging this at the Sustainable Communities Overview and Scrutiny Committee on 28th May.

Let us know what you think

As Minister of State for Health, I have been proud to contribute to the Government’s NHS Long Term Plan, which brings an additional £20.5 billion funding each year by 2023/24.

The Plan has been developed in partnership with frontline health and care staff, patients and their families and provides the multibillion-pound investment needed to nurture and safeguard our nation’s health service for generations to come.

We are benefitting locally from this increased funding. I am delighted that St George’s NHS Trust will receive £27.2 million for estate and IT upgrades and it is great to see estate improvements at St Helier Hospital being delivered, including a new renal department and expanded radiography services. I am also delighted that the South West London Health and Care Partnership has secured £1.85m of funding for children and young people’s mental health.

Debenhams have written to me to confirm their Wimbledon store will be closing. This is extremely disappointing news and I replied to ask for more information as to how they came to this decision.

It is urgent that we ensure our local high streets can continue to thrive. I met with Love Wimbledon, the manager of Centre Court, and Merton Chamber of Commerce to discuss this. We talked about the importance of the site to our Town Centre and other possible uses for the site.

After years of campaigning with residents and Wimbledon Park councillors for a lift at Wimbledon Park Station, ‘investigatory works’ took place over the Easter weekend.

Cllr Oonagh Moulton spoke with the engineer in charge and he confirmed the works were in anticipation of the final design works for a 17-person lift.

Enabling works are expected June/July with main works to be scheduled for September and a proposed completion date of March 2020.

I was very disappointed to learn that Raynes Park and Motspur Park stations were not chosen to receive accessibility funding from the Department for Transport.

Last year I nominated both stations, highlighting the problems wheelchair users and those with prams have in accessing the stations, which are both in residential areas.

When I nominated the stations, Network Rail said if they were unsuccessful they would continue to work with me to consider other possible funding sources to improve accessibility.

I have now arranged a meeting with Network Rail and will keep you updated.

You can find the latest news from my work on Brexit on my website here, which includes details on how I voted in the “Indicative Votes” held in Parliament.

I promised in the last General Election that I would campaign against a ‘Hard-Brexit’ and for a good deal. I will continue to work tirelessly with colleagues to achieve this.

A statutory consultation into Heathrow Airport expansion is due place next month. I have asked for information on this and will provide an update as soon as possible.

In my response to the previous consultation I made it clear that I oppose any plans that will see more noisy flights over Wimbledon.

Click to read my response to the previous consultation

After our dog, Jasper, died a year ago, the Hammond family were very much missing having a pet so, in March we welcomed three additions to the family, two kittens and their mother, adopted from the RSPCA.

All three have very quickly made themselves at home!

Whilst I recognise that the Growth Package had some excellent policies. I have consistently said there were issues about timing and some policies I could not support.