Many constituents have contacted me about the Government’s proposed policy to send individual male asylum seekers over 18, who arrive in the UK illegally, to Rwanda.

I have expressed my serious misgivings about this policy in my statement below.

Currently it is not clear if the policy will progress, with the first flight grounded under human rights legislation. Even if it had taken off it is unlikely there would have been any of deportees onboard, due to individual legal challenges. However, I note the recent Supreme Court ruling that the policy is legal.

At a time where the cost of living is at the forefront of our minds, I believe it is right for the Government to focus on those challenges which are directly impacting people’s lives now. Not expensive legal battles which are not deterring criminal gangs crossing the channel.

Please see below a copy of a letter I have recently received from the Minister for Justice and Tackling Illegal Migration which I do hope will also be useful. 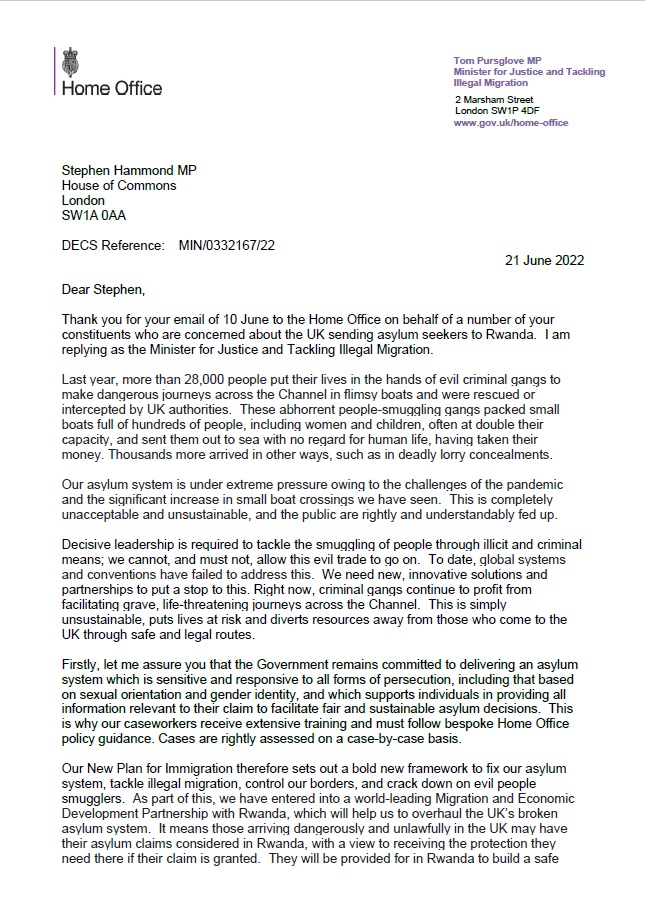 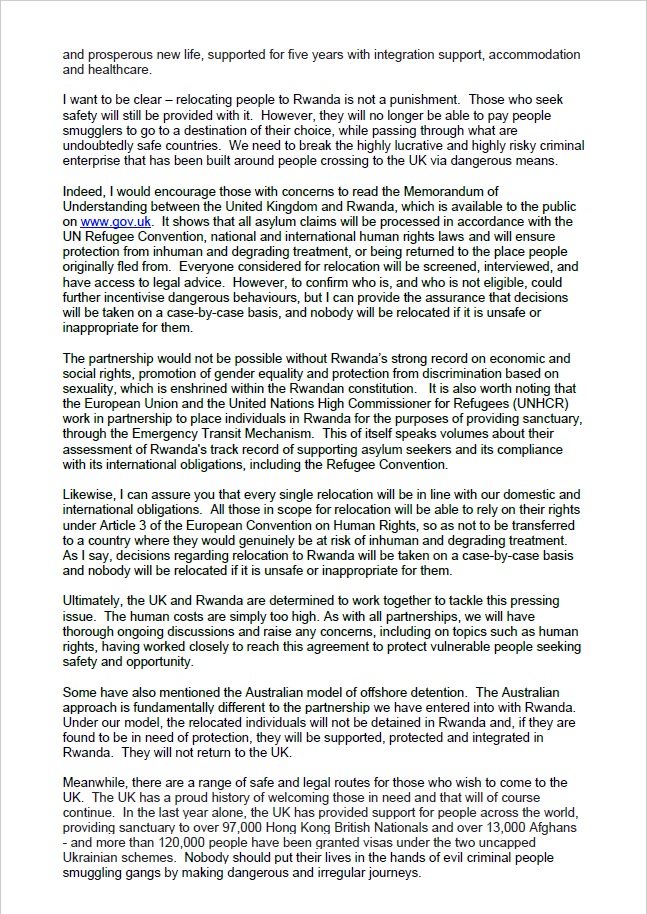 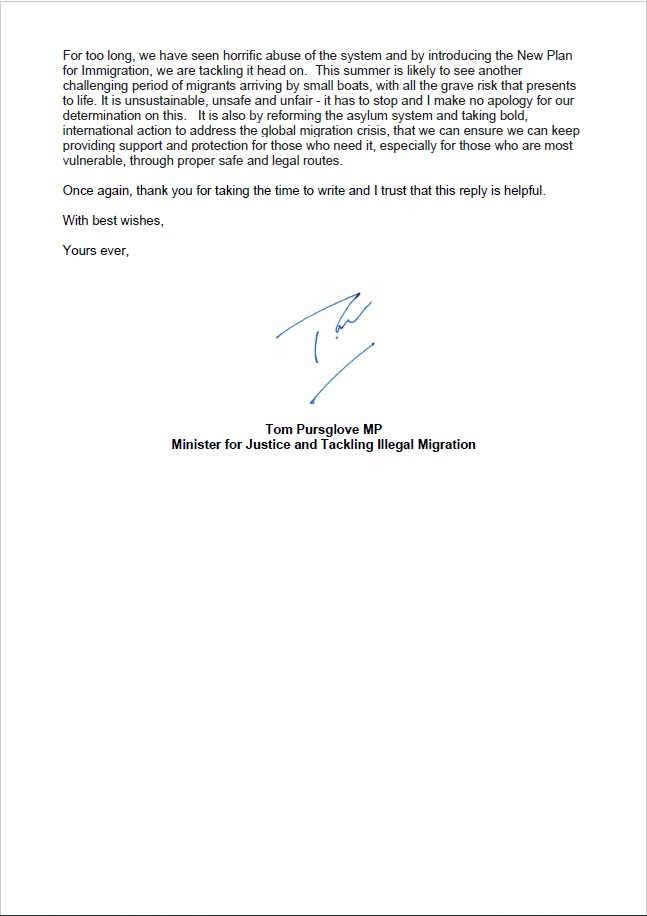 Last week the Government announced a policy which is aimed at ending the despicable trade in human trafficking. The Government’s solution is to send male asylum seekers (who enter Britain illegally) to Rwanda.

I have some grave misgivings about the compassion of this policy. However, putting those aside there are some major questions about the operability and legality of this scheme.

The principal rationale for the scheme is that it will stop people seeking illegal asylum in the United Kingdom by crossing the Channel. The evidence for this claim is as yet unproven. The Government will need to be very clear in its explanations to Members of Parliament for its conclusion that this scheme is likely to be successful in its ambition

Amongst the many important questions yet to be answered - a key one is that the Government will need to be clear as to the exact eligibility and processing criteria used to assess whether or not someone should be sent to Rwanda. There are many uncertainties about the legality of this process including such questions as those relating to potential contraventions of any human rights conventions and whether Rwanda now has a better record on respecting the human rights of refugees.

Whilst it is often cited that Denmark operated this policy, I note that members of the Danish Government which instituted it have already been taken to court and I understand that Israel stopped such a policy, because only a very small number of asylum seekers remained in Rwanda after a four year period.

If we really wish to stop the vile trade in human trafficking, we need international cooperation on identifying and prosecuting those who benefit and profit from such activities and international agreement that asylum seekers must initially claim asylum in the first safe country they reach. We also need an international accepted and agreed list of what constitutes refugee status and which countries currently it would be usual or potentially usual to seek asylum from.

The UK Government should be explicit about a safe and legal route for claiming asylum and a guarantee of speedy processing for applicants.

I look forward to talking to Government Ministers and scrutinising this policy before the Queen’s Speech.

I am aware of a great deal of local concern surrounding the proposals for a nine-storey residential block next to Wimbledon Chase Station. Equally I have been aware of some local support for the application.