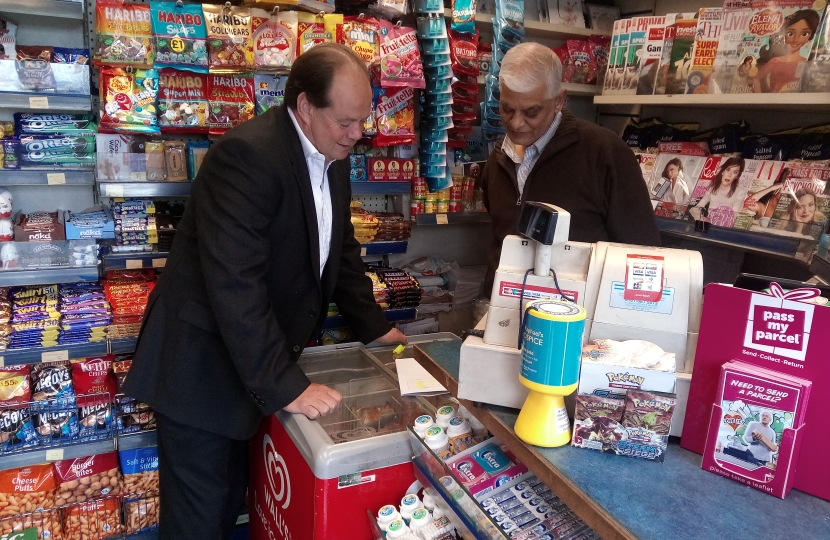 A strong economy is essential for our country’s future.

﻿With economic growth under the Conservatives, we can ensure stable public finances (so we can invest in our public services), and deliver a high wage, highly skilled, productive workforce.

With the Conservatives in Government we’ve seen;

Please take a look at, like, and share, my short video which sets out some of these achievements.

The Cost of Corbyn

Labour would bring economic disaster to Britain due to their huge overspending and economic mismanagement. They would make the wrong choices with your money, hitting businesses with higher taxes and more red tape. Everyone would be worse off.

If Labour were in power, you would pay higher taxes, the country would borrow more, we would see uncontrolled Government spending and the ill-considered takeover of utilities and broadband.

This has been confirmed by the independent Institute for Fiscal studies who have said Labour’s policies will ‘lead to higher tax burdens on people of average incomes’ and would give Britain ‘just about the most punitive corporate tax system in the world’.

A Strong Economy with a Conservative Government

Only a Conservative Government can protect our economy and properly fund investment in the NHS, schools and police.

Running our economy well also means high levels of employment will continue, and lower taxes, so you can keep more of the money you earn.

If re-elected I shall continue to fight as your strong voice in Westminster. Working hard to deliver a strong economy, investment in public services, and low taxes.