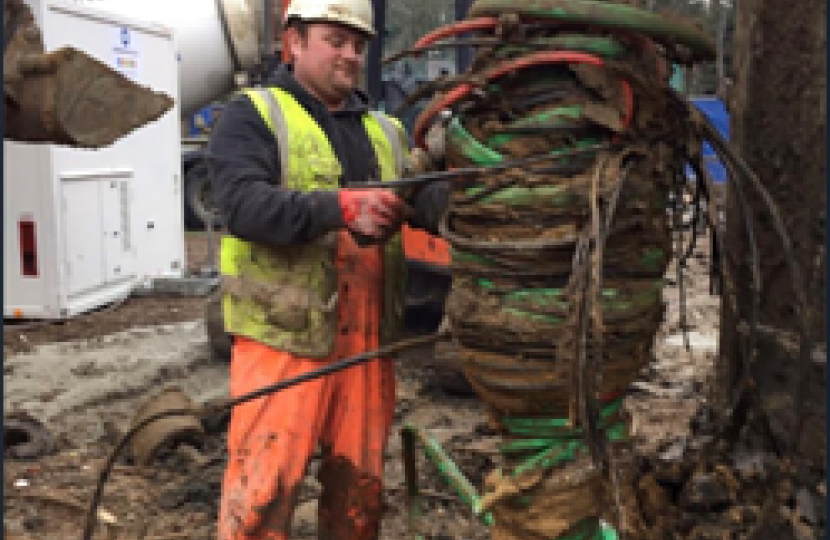 Although council officers do not have any role in overseeing works on building sites, as this is the responsibility of the on-site contractor, officers from the council’s  street works team have visited the site today.  We have been informed by Virgin Media that a ‘significant’ amount of customers have been reconnected after the damages were sustained on the building site in New Malden. Initial reports suggest that 106,000 customers were affected.

Virgin Media is now only dealing with isolated pockets of outage which will be ongoing throughout the week. The street works team has accommodated a request for emergency works which was to pull cable in a chamber on Rookwood Avenue. These works have been completed which appears to have resolved a large number of lost customers in the New Malden / Raynes Park area.

I raised the unacceptable Virgin Media outage last week with the CEO of Virgin and Merton Council.

I'm now told they aim for the restoration of services to be completed by Monday pm.

The lack of communication from Virgin media to affected customers has been woefully inadequate. I am in contact with Jeff Dodds, the COO of Virgin Media, but am still awaiting a response from the CEO, Lutz Schüler.

The COO has emailed me to confirm: "We will be providing compensation to all customers impacted by the loss of service as a result of the fibre break in New Malden. This will be applied automatically to customers’ accounts."

I am also speaking to the Chief Executive of @Merton_Council about what action they will be taking against the developer.

NHS staff, care workers and other medical professionals are on the frontline in the fight against coronavirus, and I am in awe of their dedication, skill and professionalism.