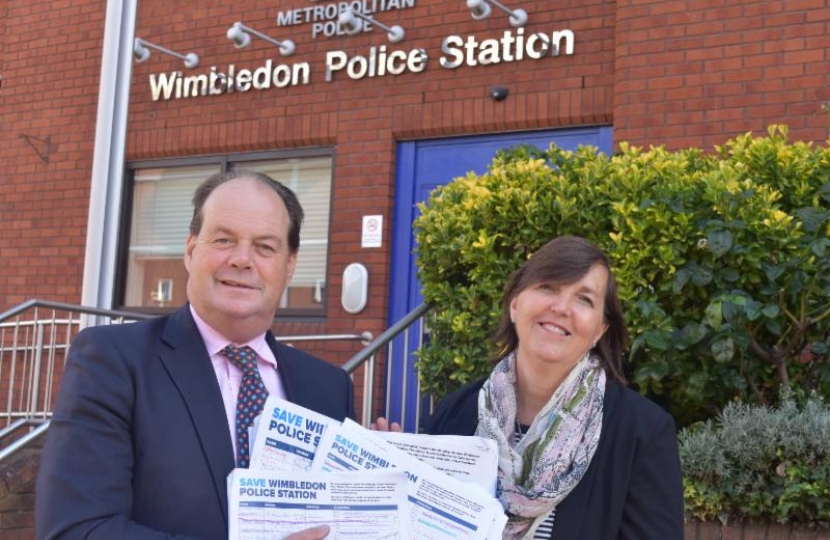 Thanks to your support, I presented a petition to the Mayor against the closure signed by over 4,000 people. In addition to this, many of you responded directly to the Mayor’s own consultation.

Since the Mayor announced his decision, The Consultation Institute named his consultation the worst of 2017, saying he “ignored best practice” and failed to ensure “transparency”. It is unacceptable that the Mayor of London is relying on a deeply flawed consultation to close our Police Station.

As a result of this, I have written to the Mayor calling on him to stop the current plans and hold a fresh consultation, based on best practice, which residents can have full confidence in.

In proceeding, the Mayor is sending a clear sign to Wimbledon residents, that he will not listen to residents nor has due concern for their safety. I, along with local Conservative councillors and many residents, will continue to do everything we can to fight against these plans, so please sign our petition to urge the Mayor to hold a new consultation via the link below:

In the event that the Mayor of London refuses to open a fresh consultation, it is possible that his decision could be challenged in the courts via a judicial review and one resident is doing just that. I do not believe that it is local residents that should have to pay the price for the Mayor’s mistakes; the Mayor should do the right thing.

Thank you for your ongoing support with this campaign.