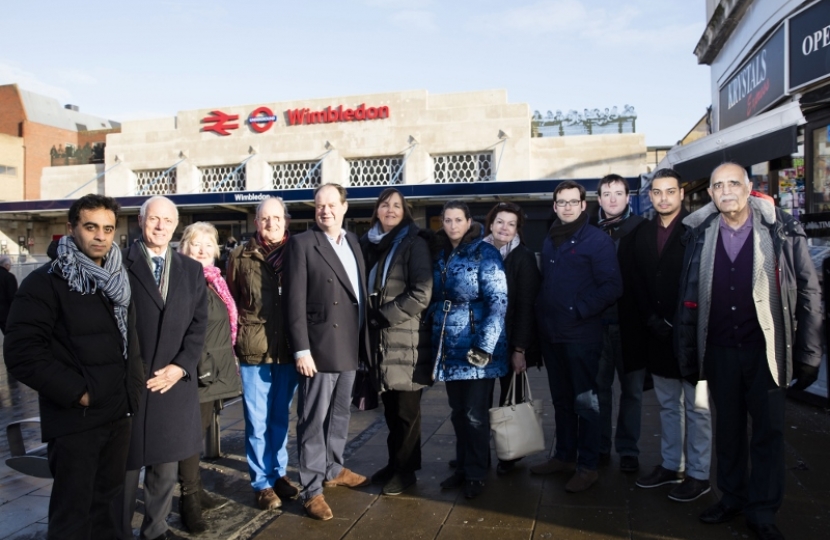 As I said in my last update, Crossrail 2 are undertaking an “Independent Affordability Review" to examine ways of making the scheme more cost effective.

I am concerned that we still have not had sight of this review, or the timetable for the publication of the latest route proposals.

I asked Crossrail 2 for an update, and I was told the below:

"The Independent Affordability Review delivered its interim report to the Secretary of State and the Mayor at the end of July. Further work on it is ongoing. Subject to their agreement on the route, this will inform the Comprehensive Spending Review in 2019. We will conduct a full public consultation on the latest proposals as soon as possible once we have a decision."

I have also asked the Secretary of State for the timetable of the review.

In June Crossrail 2 revealed they are considering permanently closing the level crossings on West Barnes Lane and at Motspur Park when the line opens. You can find more details here.

I have told Crossrail 2's Chief Executive that any permanent level crossing closures in the area will be completely unacceptable without full plans to address both the road and pedestrian traffic needs.

Crossrail 2 is potentially the most significant local development for a generation, and will have an impact on residents across Wimbledon, Raynes Park and Motspur Park. Since the plans were announced I have campaigned to ensure it will not damage our area.

Crossrail 2 is a proposed new railway serving London and the wider South East. It would connect the National Rail networks in Surrey and Hertfordshire via new tunnels and stations between Wimbledon, Tottenham Hale and New Southgate, linking in with London underground, London Overground, Crossrail 1, national and international rail services.

I wish to ensure that Crossrail 2 brings as little disruption as possible to Wimbledon during its construction, and ultimately benefits our area. Unfortunately, they only consulted on one option in autumn 2015 which was not good enough for our area. Their plans would have involved:

In my response to their consultation, which you can read here, I made it clear that I could not support their plans which;

I also arranged a public meeting in December 2015 so Crossrail 2 could hear directly from residents and ask questions. Over 200 people attended, showing just how strong our community feels about this issue.

This business case has now been submitted and I submitted written questions to the Secretary of State for Transport to ask what their timescale is for considering it, and when they expect to hold the next consultation. I have received replied which you can read here and here – but they do not tell us much. I expect we will hear more about the next consultation and route option in June or July.

When the next consultation is held, I will do everything I can to publicise it and I will ensure that local residents’ voices are heard.

A Vision for Wimbledon, Raynes Park and Motspur Park

Crossrail 2 should bring many benefits to Wimbledon. It will relieve pressure on services to Waterloo, reduce journey times into Central London and beyond, give more local people job opportunities within a 45 minute commute and most importantly, by linking with the Elizabeth Line at Tottenham Court Road, it would make journeys into the City much quicker.

It could also attract more businesses and jobs to Wimbledon itself by regenerating the Town Centre, with modern office and leisure facilities, high quality design, more green spaces and a mix of retail offerings. Shops and businesses in Wimbledon are already facing increasing competition from larger shopping destinations such as Croydon and Kingston.

After an initial delay, Merton Council have begun developing a ‘masterplan’ for the regeneration of Wimbledon Town Centre. I have been working with the Council to ensure that this process works in tandem with Crossrail 2, as both need to work together to make this regeneration successful, and to ensure the regeneration is sympathetic to the wishes of residents and is not developer led.

I believe the voice of residents is vital in this process. We have also seen a surge in developers wanting to replace existing buildings with taller developments, particularly along The Broadway, which residents do not support. That’s why during the last election I held a series of meetings across our area to find out what residents wanted for the future of our area, and have held meetings in Parliament with local Residents’ Associations. I also attended one of the Wimbledon Masterplan workshop in February.

The three main themes that I have heard from residents are:

I will work constructively with the Council on the Wimbledon Town Centre regeneration process, and I will work tirelessly to ensure the voices of residents are heard.

But Crossrail 2 is not just an opportunity for Wimbledon Town Centre, it could also bring benefits to Raynes Park and Motspur Park if it stops there, as is currently planned.

In Raynes Park, this could mean revitalising the station and the surrounding area and in Motspur Park, I want to see more effort by the Council to highlight, support and enhance the unique village feel of Motspur Park village, so that the improved transport links will lead to more visitors to the area. Residents and businesses in both areas feel neglected by the Council, this cannot continue.

If re-elected, I promise I will continue to be a strong voice for our community. I will do everything I can to ensure residents are aware of the next Crossrail 2 consultation, and what they are proposing, enabling as many people as possible to have their say. I promise to hold public meetings, so you can find out more and question the management of Crossrail. 2

I will continue to fight to ensure Crossrail 2 works for Wimbledon, Raynes Park and Motspur Park.

You can find out more about Crossrail 2 on their website. Specific information on Wimbledon can be found here and here - and Raynes Park/Motspur Park here.

My response to the Crossrail 2 consultation.

Report from my December public meeting.

Interview with the SW Londoner on Crossrail 2.

My letter to local businesses about Crossrail 2.

My submission to the Rail Executive’s consultation on the South Western Route Franchise.

Letter from the Department of Transport regarding Crossrail 2 decision making and governance.

My thoughts on following the Chancellor committing £80 million to Crossrail 2's planning.

Crossrail 2 published their report of the 2015 Autumn/Winter consultation in March 2016.

My June update on Crossrail 2 - next consultation expected in autumn

My comments on the response to issues raised report - published in July.

Dedicated Crossrail 2 Wimbledon website I set up with your local Conservative councillors.