My Response to the Crossrail 2 Consultation 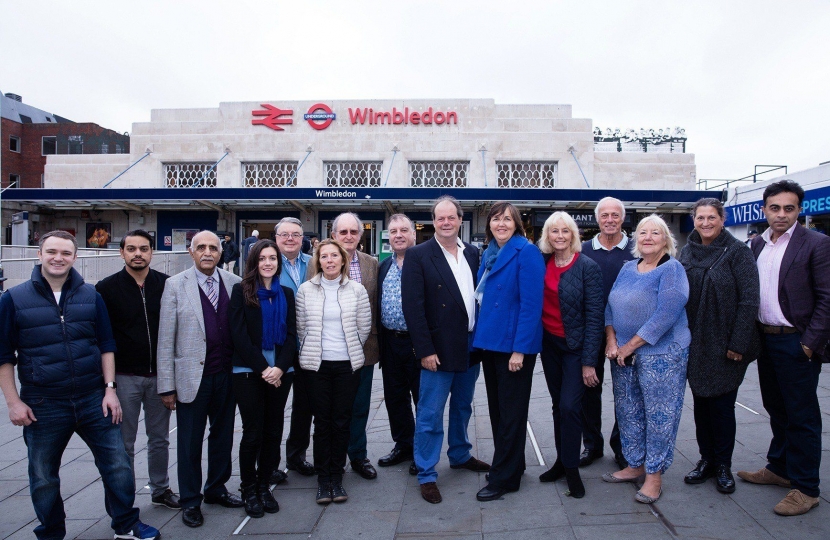 Below is my response to the Crossrail 2 consultation. The consultation closes on Friday 8th January, click here to find out how you can have your say.

1.      In principle I remain a supporter of the concept of Crossrail 2.

2.      I am disappointed that the process you have chosen to undertake only invites specific comment on one option. The advantages and disadvantage of other options should have been presented.

3.      I was pleased that Crossrail 2 agreed to undertake a local public meeting as several constituents felt the exhibitions were imprecise and questions were not answered. However I accept that by consulting this early on in the process, there has been an inevitable a compromise between detail and transparency.

4.      With regard to process, I should comment that a number of constituents felt that given the Christmas/ New Year holiday period a longer duration for response should have been given.

a) Creating four platforms at Wimbledon, three sidings/turnarounds in Dundonald and the cut and cover from Dundonald tunnel to Wimbledon.

This will involve loss of commercial and retail space, as well as possibly residential, with seven to ten years of upheaval in the Town Centre causing negative impacts in terms of noise, road and traffic disruption and the environmental/health impact that building pollution will have on local residents and those who work in the town centre.

Moreover, the current phasing plans are likely to lead to an effective "shutting down" of Wimbledon for up to seven years, from which I doubt it would recover. Therefore instead of a regeneration project it would be a death knell. I am surprised and disappointed that the Crossrail Growth Commission did not speak to me as the local Member of Parliament nor themost interested parties whom one might expect to be consulted.

b) The tunnel portal at Gap Road and space for works at Weir Road.

I believe this solution is not optimal.  However even if one accepts the current proposals, there seems to be little consideration for other opportunities at Gap Road nor the cumulative impact of the likely building at Plough Lane. There also appears to be little or no understanding of the loss of revenue to LBM from business rates generated at Weir Road.

c) A dive under between Raynes Park and Wimbledon, some remodelling of Raynes Park station, changes to the main line to allow six tracks.

There is a general lack of detail concerning these proposals, in particular if they will involve loss of residential property or gardens. Moreover there are considerable difficulties with rail engineering issues associated with this aspect of the proposals which are not defined and therefore must be questionable. Again there is a real risk that the disruption experienced by local residents will be severe.

d. Lines to the south west of Raynes Park and a possible stop at Motspur Park.

There is no clarity about any land take necessary to bring the lines into and beyond Raynes Park. For example, will this change the current proposals planned for the Rainbow estate? Will it take any land from residential properties between Raynes Park and Motspur Park? Furthermore there appears to be no consideration of the impact on the two rail crossings on this section.

6. There should be detailed road and traffic management plans available.

7. There should be more details about how compensation for blight will be considered.

8. I believe that Crossrail should re-examine several of the other options and also consider tunnelling opportunities either between Raynes Park and Wimbledon or a longer tunnel into Central London starting from the south west of Motspur Park.

I believe tunnelling plans, which could avoid disruption to the town centre, should have been considered in more depth before launching this consultation and been presented as a part of the proposals.

9. The current proposals are not acceptable nor are they in the interests of Wimbledon and therefore I cannot support them and urge Crossrail to bring forward new proposals.