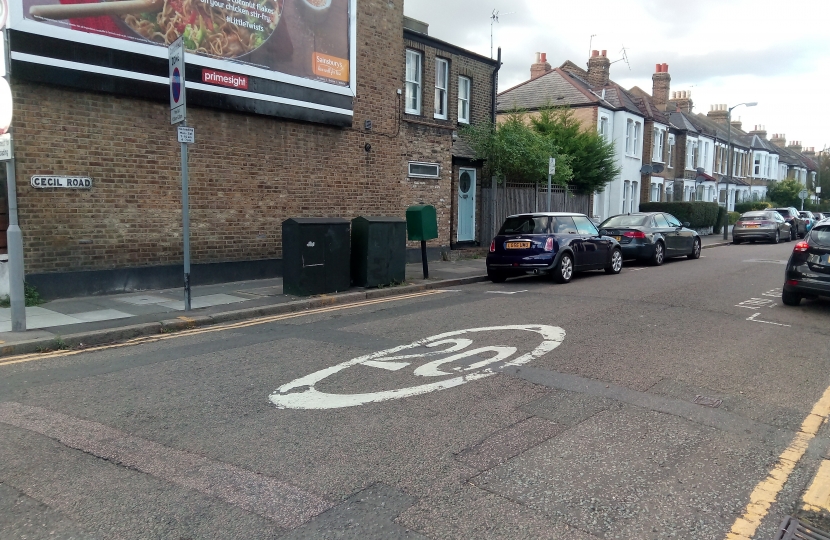 A number of residents in Balfour and Cecil Roads have been in touch with me to express their confusion over what action Merton Council are, and are not taking, to stop rat running through the roads.

You may remember that earlier in the year the Council consulted on an experimental closure of Balfour Road near its junction with Merton Road. Following the consultation, Cllr Martin Whelton the Cabinet Member for Environment has decided not to go ahead with the closure. Residents in Balfour Road wanted the experimental closure, but the majority of residents on Cecil Road did not, leading to a slit in opinion and an overall small majority responding to the consultation were against the closure.

Cllr Whelton will now be looking into and I expect either formally or informally consulting on banning the left turn from Balfour Road onto Merton Road. I suspect there is very little support for this on both roads, and my view is that width restrictions plus signs at the entrance to Cecil Road would be much more effective.

It seems that Merton Council have not properly informed residents about this decision and their thinking about banning the left turn.

You can read the Council’s document setting out the decision made in the pdf below.

If you have views on this decision, and the proposal to ban left turns onto Merton Road, I would encourage you to get in contact with Cllr Whelton with your views on martin.whelton@merton.gov.uk or by writing to him at Merton Council, Civic Centre, London Road, Morden, SM4 5DX.