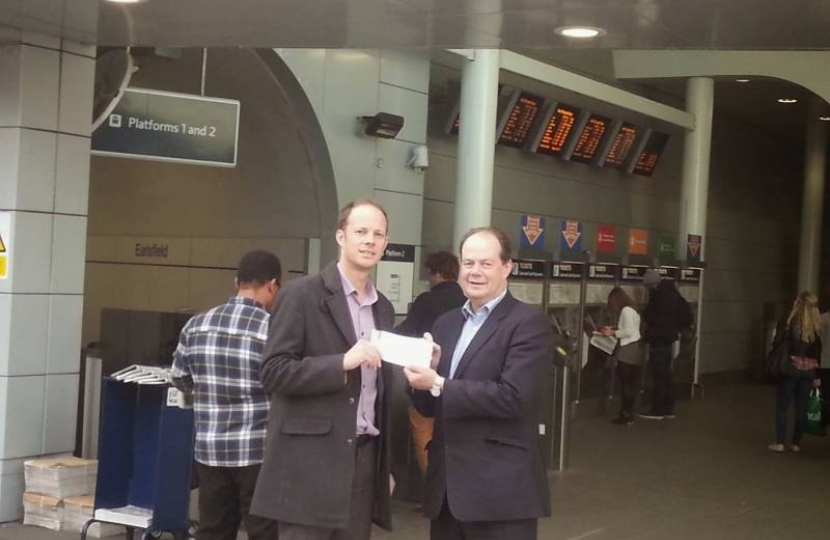 I welcome the significant step forward in my campaign for longer rush-hour trains at Wimbledon, following confirmation of work to extend the platforms at Waterloo station.

Construction will take one year with a planned start date this November – and will extend platforms 1-4 to allow longer trains to stop there, in addition to upgrading the area around the station and creating five new platforms from the former Eurostar Terminal. This news comes after confirmation last year that South West Trains are procuring 150 new carriages, following pressure from Dan Watkins, Conservative Party Spokesman for Tooting and me.

I am delighted that our campaign is making progress. Securing longer trains to ease overcrowding and a better service for commuters in Wimbledon was a key part of my election campaign. I will continue to press Network Rail and South West Trains to ensure these longer trains come as quickly as possible with as little disruption as possible.