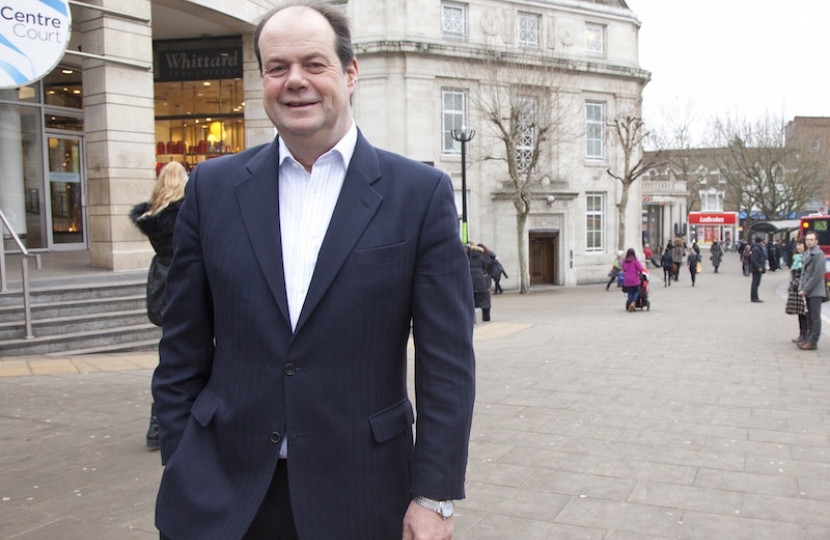 Hello and welcome to my latest community update. In this edition there are details of a Hustings event tonight (Tues 21st) and of course local news and developments that I have been working hard on in the constituency.

There will be a local Hustings today (Tues 21st April), with all the candidates standing for the Wimbledon Constituency in attendance. The event will be held at Trinity United Reform Church on Mansel Road SW19 4AA between 7.30 and 9pm.

I recently attended the Friends of Cottenham Park Annual Tea. It was great to see so many people out enjoying the afternoon. Lots of young children were particularly interested in the animal petting zoo. Congratulations to Mike Hammond and his Friends Committee who do a huge amount of work.

I am aware that there were a couple of incidents of anti-social behaviour in the Park in the last week or so. I know the Police are investigating and I hope they will be caught soon, so that the enjoyment of this fantastic local park is not spoilt. If anyone has any information about the incidents, please contact the Raynes Park Neighbourhood Team.

Conservative Councillors were due to submit important motions on key issues in the Borough at last week’s full council meeting. These motions were asking for debate on overcharging for repairs in social housing, illegal traveller camps and street cleaning.

However, Labour released 11 pages of amendments on paper just as the motions were about to be discussed and then refused 10 minutes to allow our Conservative Councillors to read these amendments (despite being 30 minutes ahead of schedule).

In my view, this was totally undemocratic and Wimbledon Guardian were correct to call it a “shambles”. This is the latest in a series of issues where the Council are not putting residents first. We will continue to pursue the cases which local people raise with us and not let Labour ruin our local area.

The new Nelson Local Care centre was officially opened for patients at the beginning of April. It is a fantastic facility and I know it will benefit a huge number of local people.

The opening also marked the retirement of Dr Howard Freeman who has been chairman of both the local Clinical Commissioning Group (CCG) and its predecessor organisation the Primary Care Trust (PCT). One of his major achievements was having the vision and the determination to see the Raynes Park Health Centre opened. Howard was a dedicated servant of the local community and deserves huge praise and thanks for what he has done.

Last week, there was a BBC news report about St Helier Hospital which led to some scaremongering. Both the Secretary of State for Health and the Chief Executive of St Helier have confirmed that hospital is safe for at least the next five years.

Separately, the Hospital is pursuing a longer term plan to see how the buildings and facilities for patients can be improved. The work referred to in the news item was some early and very preliminary work for this exercise. This exercise is not a "secret plan for closure" and was widely known about. Clearly, there is a substantial amount of work to do and there will be much consultation.

St Helier is safe and is operating as normal.

I have been critical of the quality and speed of repairs on numerous occasions. The service provided has been slow and of a poor standard. I have also called for (CHMP) to release the findings of their investigation into their repair service. After this meeting I have written to the local council to ask what legal action they might be prepared to undertake against CHMP and I have written to the Homes and Communities Agency (HCA) to seek an enquiry into CHMP's repair service.

There is real concern about the regeneration plans. The representatives were highly critical of some of the proposals and the lack of real consultation. The residents do not believe that they have been given enough time or support to explore alternatives; nor do they believe that there has been a detailed consultation of what residents want. The High Path Community Association representatives have suggested that any plans for regeneration be postponed until the issues about repairs are resolved and residents are properly consulted. I will be pursing this with both the Council and CHMP themselves.

It has been a privilege and honour to have represented you for the last ten years.

I hope that I can count on your support again and you will re-elect me on May 7th.