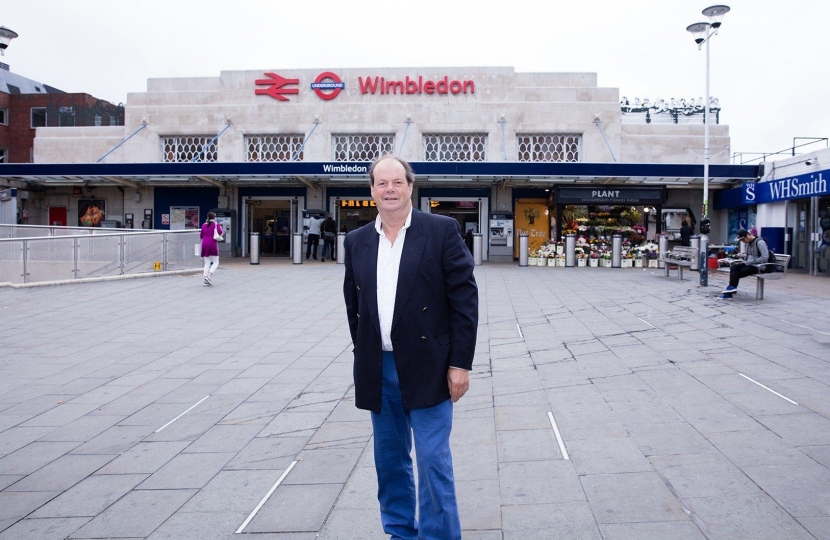 Welcome to my September community email, I do hope you have all enjoyed a great summer.

Their proposals for Wimbledon and Merton are hugely disappointing and detrimental to the local area. The Boundary Commission’s own guidelines on community interest and cohesion have simply not been followed.

There are a number of problems with these proposals:

Many residents have pointed out to me that:

These proposals will make it harder for Members of Parliament locally to work constructively with the local Council, to deliver for residents in the areas that matter most to them and to understand their concerns.

I encourage all residents to closely examine the Boundary Commission's proposals, and to have their say. The Boundary Commission are particularly interested in hearing from affected residents about the local ties that are impacted by these proposals, so if you feel that they do not respect Wimbledon’s community links, please get in touch with them.

You can view the proposals here for your area, just put in your postcode. To respond to the consultation, click “have your say” in the top right and click on the area you wish to comment on. I understand that the website is not the easiest to use, so you can also take part in the consultation by writing to “Boundary Commission for England, 35 Great Smith Street, London, SW1P 3BQ” or emailing information@boundarycommissionengland.gov.uk by the 5th December.

The Boundary Commission are also holding a number of public hearings across London. These are not public meetings, but are a chance to make oral representations. Details on these, and how to register to attend, can be found here.

I recently attended the High Path Community Association’s meeting with Create Streets, a social enterprise with a particular interest in development and planning, to discuss the regeneration of the estate. Create Streets made a very interesting presentation about the most effective ways for residents to make their views heard on regeneration projects, with examples of best practice from across London.

Significant concerns with Circle Housing, the local Housing Association, were raised with me at the meeting. There are issues on their record of home repairs and responsiveness, which I deal with on a daily basis through constituents asking for my help. Circle Housing are proposing to merge with Affinity Sutton, another Housing Association. Residents feel like not enough information has been provided about this. Finally, residents want to see good quality construction on the Estate, not just in terms of aesthetics, but also in terms of robustness and being structurally sound.

After listening to residents, I am:

Crossrail 2 have told me that the next route and consultation is still expected in Autumn, and that I should hear more at the end of the month.

I am seeking to meet with the Chief Executive of Crossrail 2 ASAP to discuss the next steps, and I will keep you updated.

You can also sign up to receive updates from me and your local Conservative councillors on our dedicated Crossrail 2 website.

Earlier this year I was delighted to announce that my lengthy campaign for longer commuter trains from Wimbledon to Waterloo had been a success, with the extra carriages due to come into service by the end of next year.

The Secretary of State for Communities and Local Government had been asked to call in the planning application for AFC Wimbledon to return to Plough Lane. On Tuesday he decided not to call in the application and allow it to be determined by Merton Council. This is in line with Government policy which aims to allow local councils to make decisions that affect their area.

I have discussed with AFC Wimbledon the investment they will bring to Wimbledon with the new stadium.

I have argued for this for some time as the new Stadium must work for the local community.

Now Merton Council must ensure that the local infrastructure is there to support the stadium and development.

Merton Council has set up a survey to ask residents their view on an increase in Council Tax to pay for services.

This is striking as earlier in the year Council were given the opportunity by Conservative Councillors to increase Council Tax by 1.7% to protect the adult social care budget. This would have been at a net zero cost to local taxpayers as it would have offset by the cut in the precept paid to City Hall, delivered by the former Conservative mayor, Boris Johnson.  However, inexplicably, most Labour councillors voted against this, which caused some to resign in protest.

Please do take the opportunity to let the Council know what you think here.

Conservative Councillors have raised five main concerns about these plans:

Despite these issues, Merton Council is pressing ahead with the changes.

Do you want to retain your weekly collection? To support this campaign, please spend a couple of minutes on the below survey to let us know your views:

The display will take place near the athletics track.

The display will take place in the middle of the park.

There are pedestrian entrances on London Road, Lower Morden Lane and Hillcross Avenue.

You can book your tickets online here.

Finally, don’t forget you can keep up to date with my work locally and in Parliament by following me on Facebook and on Twitter.